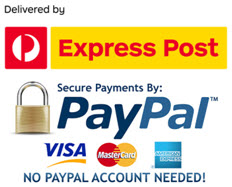 Well, you don’t exactly have to be mentally ill to be a “pyroluric” but it certainly could be your fate if your body produces to much of a substance called pyrroles.  The mostly undiscovered nutritional disorder that can’t be solved by eating the right foods in the right order is a disorder created by a persons unusual need for higher levels of the vitamin B6 and the mineral zinc.

A person with abnormal levels of pyrroles or kryptopyrrole or mauve factor is a considered a pyroluric, this is because excess production of pyrroles binds with vitamin B6 and zinc effectively robbing the 2 essential nutrients from your body, the result of this is of course diseases and disorders related to vitamin B6 and zinc deficiencies.

Vitamin B6 is essential for brain function, is a natural anti-depressant and controls hormones.  Deficiencies of vitamin B6 can lead to depression, nervousness & irritability.

Zinc has many jobs in the body being a component of over 200 enzymes, zinc controls hormones, helps cope with stress, keeps the nervous system healthy especially the brain.  Deficiencies in zinc lead to depression.

As you can see the combination of having deficiencies in B6 and zinc both lead to depression, increase stress and put hormones out of balance which leads to various forms of mental illness such as:

How do you know if you have Pyrroluria?

Pyrroluria or pyrrole disorder is easy to test for but hard to diagnose, the reason is because of the complex nature of how vitamin B6 and zinc work in the body and how they work together.  Having deficiencies in one or both of these important nutrients has a large number of symptoms making pyrrole hard to diagnose.

Testing for pyrrole disorder is easy, a simple urine test can reveal the disorder by detecting mauve factor.  Mauve factor was discovered by Dr Carl Pfeiffer, he noted that mauve factor would remove B6 and zinc from the body at rates higher than the body could consume the nutrients which over time depleted the nutrients and symptoms would start to appear.

What about supplements for pyrrole disorder?

Since pyrrole disorder is a B6 and zinc deficiency it is tempting to use supplements without getting the pyrrole test, this is dangerous because both nutrients have side effects.  Zinc excess for example will cause deficiencies of copper, gastrointestinal irritation, vomiting, anemia, reduced growth, stiffness and death. Vitamin B6 in excess will cause neurological disorders.

What’s the odds of having pyrrole disorder?

Pyrolluria has increased considerably since it was first discovered in the 1960’s when numbers of cases looked like this:

11% of normal people had pyroluria

24% of children with behavioral and learning problems had pyroluria

42% of psychiatric patients had pyroluria

Treatment of pyrrole disorder is a matter of supplementing vitamin B6 and Zinc with precise amounts according to a persons amount of mauve factor production.  Taking a pyrrole test mauve test provides the best way to determine if you are pyroluric and helps is forming a basis for how much of nutrients you need to supplement to treat the condition.